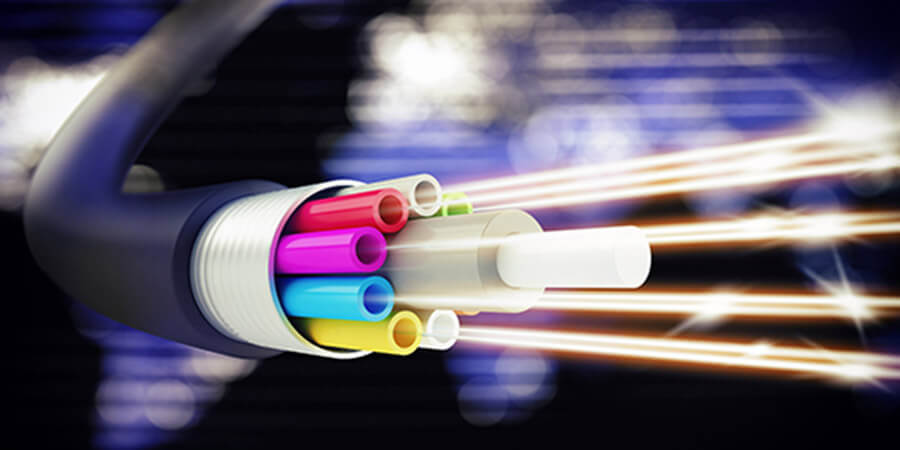 As the demand on data is exponentially growing, the importance of fiber has grown even more. Its positive outcomes are centered on the improvement of services, connectivity and living conditions, in addition to providing more access to information for more people and businesses. Its ultimate advantage is its ability to transfer vast amounts of data at the local and global levels. Fiber deployment visions and plans are seeing the light today in the MENA region as more telcos are investing in fiber technologies.

The UAE remains in the lead
According to the leading industry body FTTH Council, the UAE is ranked number one for the highest fiber to the home (FTTH) penetration among all its global counterparts for a second year in a row. The council published its annual report recently that highlighted the UAE with a coverage of 94.3% compared to countries such as Singapore (90.3%), South Korea (81.6%), Hong Kong (75.6%) and Japan (69.1%).

Following this announcement, Saleh Al Abdooli, CEO, Etisalat Group, said the achievement was "only possible due to the continuous support and vision of the leadership of UAE in the development and modernization of the infrastructure." He added, "Etisalat invested more than AED 31 billion in the network infrastructure. This has led to the launch of innovative services meeting the growing demand and changing requirements of our customers across the country."

"Our network is a backbone to our long-term strategy as a company to enable and drive digital transformation across our network. Today's announcement signifies that we have maintained consistent leadership globally in FTTH penetration setting a benchmark in the global telecom industry," he said.

The UAE was ranked number 1 thanks to the role of Etisalat which is providing a significant amount of this coverage and as part of its commitment, the service provider is continuously enhancing this network connectivity.

Etisalat is working closely with R&M currently to upgrade and extend its FTTH network with the innovative SYNO dome closure solution from R&M. This undertaking enables Etisalat to have one of the first ‘patch-free' connectivity solutions in the region, which translates to a resilient, tamper-proof network that increases the reliability and uptime of crucial connectivity services for both home and business users.

Prior to the upgrade, Etisalat utilized above-ground fiber cabinets, which required maintenance every two weeks. Not only was this cumbersome, but it also added the risk of disruption of services due to unintentional disconnection of fiber cables. The harsh conditions in the Middle East also meant that contamination and corrosion were both common challenges the service provider faced. Currently, the telco now employs a ‘set and forget' approach as the SYNO Dome's gel cold seals conform to IP68, the industry's highest ingress protection ratings, and require no maintenance. At the same time, the modular nature of the cabinet allows technicians to make modifications to the connections very easily and with minimal risk to services of other customers.

Etisalat received round-the-clock support and extended comprehensive trainings to not just their staff, but partners and technology providers as well. All of this has allowed the UAE to lead the world with innovative future-ready projects.

The KSA commits to FTTH deployment
In KSA, the National Transformation Plan 2020 aspires to spread the FTTH in 90% of the dense and urban areas by the year 2020.

Saudi Telecom Company (STC) has making great strides in the field of fiber deployment, mainly with the help of its partner, Corning Incorporated. Earlier this year, STC and US industrial materials manufacturer, Corning Incorporated, announced that Corning will supply and share its FTTH optical solutions with STC, as an enabler to the STC national network for high-speed connectivity and fiber-to-the-home (FTTH) applications.

"STC enjoys a strong reputation as an innovator in the Middle East," said Clark Kinlin, executive vice president of Corning Optical Communications. "It established itself as a leader in advanced broadband technologies such as FTTH. Corning shares STC's commitment and vision for innovation, and together, we will leverage our engineering capabilities, experience and solutions to build the KSA national network to the highest possible standard. We are honored to make the investment necessary to extend our partnership with STC."

The arrangement builds on the existing strategic relationship between STC and Corning, which has already supplied more than 1.5 million kilometers of optical fiber in STC's KSA network. As part of this strategic relationship, the two companies will also develop a program to provide advanced technical training to STC fiber engineers and technicians.

"STC is building the largest fiber network in the history of the Kingdom," said Eng. Nasser Al Nasser, STC CEO (who was the company's COO when the partnership was announced). "I am delighted to see us strike such an initiative with Corning, which will help meeting STC's strategic goals for digital Services, and will align with the objectives of the National Transformation Program (NTP 2020) and Vision 2030. Corning is a pioneer in fiber optics solutions and FTTH, and we are excited to build such an extended strategic relationship with one of the most progressive and internationally renowned companies."

On the other hand, Integrated Telecom Company (ITC), the leading Information and Communications Technology Company in Saudi Arabia and Sofrecom, an Orange Group subsidiary, signed an agreement to lead the Outside Plant (OSP) implementation and management in all regions of Saudi Arabia for the next 3.5 years and to provide planning, design and supervision expertise and knowledge transfer to ITC employees.

Signing this agreement comes as a step toward ITC's commitment to the agreed plan with the Ministry of Communications and Information Technology (MCIT) for rolling-out high-speed fiber optic broadband internet in Saudi Arabia.

ITC is initiating site supervision for the development of the OSP infrastructure project that is in-line with the Saudi Vision 2030. It has announced a major expansion plan for its FTTH broadband network in various cities. The company is interested to acquire the services for site supervisions and project management for OSP implementation.

Leveraging its deep expertise in broadband internet technology, Sofrecom, part of the Orange Group, will partner to help ITC in the Planning & Design of the new FTTx network as well as supervise the implementation supervision covering 640,000 households.

Ghassan Itani, ITC CEO, said: "This will help us empower the digital Saudi generation under Saudi Vision 2030 and the National Transformation Plan 2020. ITC will continue its journey to develop the infrastructure in fiber broadband to urban and dense area across the Kingdom."
"We aim to offer the best of our expertise to build a more connected world," notes Guillaume Boudin, Group Sofrecom's CEO. "Very high broadband is key to support new digital services. This new agreement between ITC and Sofrecom demonstrates once again our reference position on VHB, and fulfills our aspiration to support the digital transformation of our customers."

Lebanon launches FTTH project
Lebanon is also getting ready to deploy fiber by improving its infrastructure and undertaking several pertinent projects and initiatives launched mainly by Ogero in cooperation with the Ministry of Telecommunications. In fact, the initiation of an exhaustive fiber optic project across all Lebanese territories was announced after state-owned telecom company Ogero awarded tenders, which were launched in 2017, to three international companies tasked with linking end users to their central offices. Lebanon's outdated copper wire infrastructure will be replaced with fiber optic cables in an effort to boost the country's sluggish internet speeds.

The launch of the fiber optic project in Lebanon followed the reveal, earlier this year, of Ogero's new plan that aims at improving network quality and infrastructure, launching the FTTH project and improving internet quality and speed across all Lebanese territory, in an attempt to be in conformity with international standards.

"The fiber optics project is a significant leap towards the digital economy. It will reinforce Lebanon's position on the worldwide digital map. In fact, it is the first infrastructure project of this size, since 2004. This project will undoubtedly bring us on par with industrialized countries, in terms of internet speed," said Hisham Itani, chairman and CEO of Resource Group Holding.

Last May, Serta started with the first deployment phase of the fiber optic project. The first active cabinet served by fiber optics (FTTC) was launched in Bchamoun. On this occasion, Ogero announced that this upgrade would allow subscribers to boast of speeds of at least 50 Mbps in case the subscriber switched to the new VDSL modem.

Implementing the FTTx project will take almost 30 months and will be the first step towards deploying fiber in every single home or building in Lebanon.

A fiber network from Cape Town to Cairo
Egypt has been very active lately when it comes to fiber deployment. Leading pan-African telecoms group, Liquid Telecom, and Telecom Egypt, Egypt's first integrated telecom operator, announced at the 2018 Annual Meetings of the African Export-Import Bank (Afreximbank) the signing of a Memorandum of Understanding (MoU) that will enable Liquid Telecom to shortly complete Africa's terrestrial fiber network stretching all the way from Cape Town, South Africa, to Cairo, Egypt.

Under the MoU, Liquid Telecom will link its network from Sudan into Telecom Egypt's network via a new cross border interconnection - bringing together a 60,000 km network that runs from Cape Town, through all the Southern, Central and Eastern African countries, and has now reached the border between Sudan and Egypt. The Cape to Cairo network - often referred to as "the One Africa" broadband network - has been in the making for over ten years and serves some of the largest global companies with some of the fastest network speeds on the continent.

Commenting on the announcement, Ahmed El Beheiry, Telecom Egypt's managing director and chief executive officer, said, "This MoU is a great step in our strategy to penetrate the African market and avail Telecom Egypt's most advanced technology and global infrastructure services to customers across Africa. We look forward to working alongside Liquid Telecom to develop new network services and products that will help stimulate intra-regional trade."

Strive Masiyiwa, founder and executive chairman of Econet, said, "Completing our vision of building a single network running on land, all the way from Cape to Cairo is a historic moment for the company and for a more connected Africa. This network not only represents a remarkable engineering achievement that has overcome some of the most challenging distances and terrains on the continent, but it is also supporting the rise of Africa's digital economies." Masiyiwa also observed that "Wherever the One Africa network has been completed we have seen dramatic increase of data traffic between nations connected to it. We expect to see a lot of traffic between Egypt and the rest of Africa. Where there is improved communications, improved trade follows as well. We need to see more trade between African countries."

As part of the strategic partnership, Liquid Telecom and Telecom Egypt will share network infrastructure and explore further areas of collaboration, including joint network services, a peering arrangement and a voice interconnection agreement. 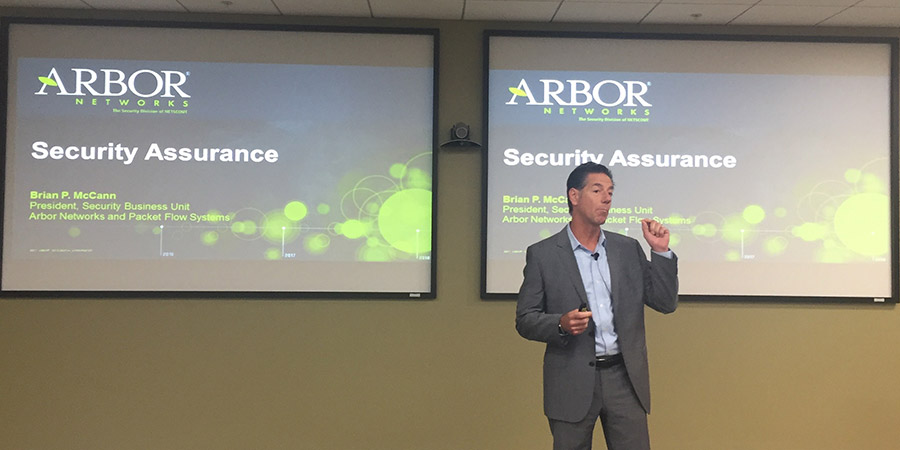 Global analysts examine the opportunities and challenges presented by IoT, AI and Security at NetEvents