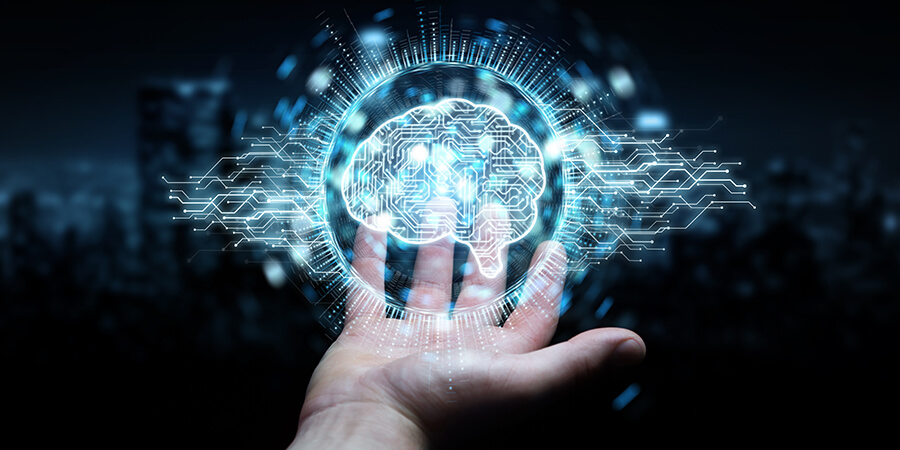 AI is a technology that is promising to unchain millions of workers globally from mundane and unfulfilling jobs. Those advocating for AI claim that the integration of automation into major industries will create a raft of new opportunities and better jobs for the proletariat, which in turn will lead to a better society for all citizens.

However, many remain skeptical and believe that this vision is a utopian fantasy, arguing that AI will be detrimental to society because it will inevitably make millions of workers redundant and unemployed. The prospect of a world of robots and self-driving cars, whilst exciting and revolutionary for many, is utterly terrifying for some.

There is no doubting that AI has the capabilities to forge great change in our society, and pave the way for incredible new developments which fundamentally transform how many major industries as we know them function and operate.

The view from many AI thought-leaders is that we don’t need to look any further than history to see that technological advancement has always caused disruption, which has led to job displacement, but that new and better jobs have always been created in their place and that there’s no need to worry.

However, that has been countered by many who acknowledge that whilst AI has the capabilities to enforce great change for the betterment of humankind, like many other technologies, it can be abused, and are calling for regulations to be established before the technology is adopted aggressively and sweepingly through multiple industries on a global scale.

At the AI Everything conference, which was held in Dubai, the world’s leaders in AI technology descended on the Dubai World Trade Center for two days of robust discussion on the future of the technology, and examined in detail how it will reshape the way we live, work and play.

One panel discussion at AI Everything, which was moderated by CNN’s John Defterios, was particularly compelling, and US politician, Attorney General of Utah, Sean Reyes made some very interesting points.

Reyes said it was critical that the ICT sector begins educating regulators in an effort to remove their fears and distrust over progressive technologies.

Reyes said, “I come from the private sector and I was involved in managing, developing and investing in technology companies. To be quite frank, since moving into a government role, it’s become very evident to me that many of our officials simply don’t understand the technology. When you mention blockchain, they automatically think of the Silk Road and become skeptical. They simply don’t understand the technology, and naturally as a result become fearful. We need to help regulators and educate them on the benefits of technology so we can get the regulation we need to drive these technologies such as AI forward.”

When pressed on the issue of global job displacement through the implementation of AI, all the panelists were resolute in their view that it’s going to be a case of more augmentation, rather than substitution.

IBM’s David Cox swiftly dismissed fears that the implementation of AI into multiple industries would lead to catastrophic job losses. He said, “AI won’t lead to job replacement, or job catastrophe, it will create a job revolution. It will unchain millions of workers from mundane and unfulfilling jobs, by creating new roles that are much more challenging and will ultimately provide them with a greater satisfaction in their work.”

The United Arab Emirates is recognized as being one of the most progressive countries in the world when it comes to championing and adopting pioneering new technologies in order to foster change that benefits all of its citizens – and that viewpoint has been reinforced by the appointment of a dedicated Minister for AI.

The UAE has been open in its desire to lead the way on AI development, and wants to position itself as a global leader in terms of implementing the transformative technology into its society. During a one-to-one panel discussion at AI Everything, the UAE Minister for AI, H.E. AI Omar Sultan Al Olama offered his two cents on the debate around job dislocation because of AI.

The Minister said, “Traditionally there have been always job losses as new technologies emerge, and societies evolve. We’re entering a period which has been labelled The Fourth Industrial Revolution, but we shouldn’t be afraid of the future. AI and other technologies are going to replace mundane jobs through automation. A series of new and exciting jobs will be created through AI, some we haven’t even heard about. Can you imagine in the 90s telling people that they could become social media influencers? They wouldn’t be able to comprehend what you were telling them, and that will be the same with AI.”

He conceded that in relation to job displacement a process had to take place which measures the impact the integration of AI is going to have on industries.

He added, “We need to map out what the job loss is versus the impact. If we improve efficiency by 1%, is it worth the disappearance of 100,000 jobs? It may have a major economic boost for a particular organization, but we have to leverage it against what is good for society. Technology has to be used to improve people’s lives, and that is what I believe AI has the capabilities to do, and if it’s delivered, implemented and managed properly, then it can achieve this.”

Chris Pope, VP Innovation at ServiceNow has said that AI is fundamentally all about humans, and said we need to recognize how machines can make our lives better.

“We as humans now need to engineer the existence of AI into our own mindsets and consider how it can help us work differently. This includes knowing what things we don’t need to worry about anymore. For example, we don’t take a map out with us these days, because we use a smartphone—so what else can we stop doing? As we move down the more humanized road to AI, we will find that AI itself gets smarter as it learns our behavioral patterns, penchants and preferences.”

Pope stressed the importance of being able to apply an element of human judgement where and when we want to, but pointed out that this is already part of the current development process as we learn to apply AI in balance when and where it makes sense.

He concluded, “The future of AI is smarter, and it is also more human. The end result is more digital at the core, but much more human on the surface. If that still sounds like a paradox, then it shouldn’t. We’re at a crucial point of fusion between people and machines and it’s going to be a great experience.”