Under the auspices and in the presence of His Excellency the Minister of Telecommunications, Mohammed Choucair, the launch of the “For Sustainable Cities” project in Dekwaneh was launched with the support of Alfa and in collaboration with the Municipal Council. The project entailed the launch of the unified addressing system in the town. An Alfa initiative to beautify the region and raise awareness on the importance of green spaces was also announced with the inauguration of a mural by the iron-willed artist Ali Tlais from the Lebanese Autism Society, as part of the “Alfa 4-Life CSR” program.

The announcement was made during a gathering held in Dekwaneh, which was attended by Alfa CEO and Chairman Marwan Hayek, the head of the Dekwaneh municipality Antoine Chakhtoura, the Chairman of the Holdal Group Raymond Abu Adal, the President of the Lebanese Autism Society Arwa Halawi, the Alfa administrative staff, public figures, and media representatives.

First, Chakhtoura talked about the humanitarian and municipal social development activity, “which has a significant importance since it is three-dimensional and combines the development dimension with the human dimension in a successful partnership between the public and private sectors. It is no surprise that Dekwaneh has such a modern model and operational partnership, as we were the first to understand the importance of integrating the public sector's development experience with the productivity of the private sector for the benefit of our people and our community in Dekwaneh.” He expressed his pride in seeing Dekwaneh work in such a constructive cooperation for the community with the most important Lebanese telecommunications company, Alfa, along with Holdal Abu Adal. Chakhtoura thanked the administrations of these major companies for their trust in the Municipality of Dekwaneh and their cooperation in the unified address system project, which is indicative of a clear development in municipal work and the desire of the municipal council to stay abreast of the digital developments in the world and Lebanon. “This makes it easier for the residents, merchants, manufacturers, and visitors of Dekwaneh to reach their destination, thus becoming part of a sustainable city for a better society as they benefit from the intellectual and human capacities of Dekwaneh and Lebanon. We can thus move towards developed sustainable cities akin to those in Arab and European countries. Despite the lack of funding for many reasons, where there is trust in us and a will to develop, funding for sustainable cities becomes available.”

He added, “The other activity that we are launching is a mural project through the lens of autism by artist Ali Tlais which represents a message of art, creativity and support for people with autism. We pledge to live up to our responsibilities and spare no effort in supporting the NGO’s noble work.”

“No one denies the size of the burdens, difficulties and responsibilities that we have working in the public sector in Lebanon for many reasons, but we still exert our utmost effort to move towards sustainable cities with typical standards.” In the end, Chakhtoura thanked Minister Choukeir, Mr. Marwan Hayek, and Mr. Raymond Abu Adal, for their cooperation and trust in the Municipality.

Hayek welcomed His Excellency Minister Choucair’s first participation in the activities of the “Alfa 4-Life” CSR program, which began in 2006 and has grown fundamentally. “Our technological progress and support of development and community activities is essential and we are moving towards it confidently thanks to the support offered by the Ministry of Telecommunications and the Minister of Telecommunications,” he said, adding, “Community development is a fundamental pillar of the development of society as a whole in Lebanon.”

Speaking about the “Alfa 4-Life” program, Hayek explained that it is a multi-dimensional program supporting various associations from all over Lebanon, including the Lebanese Autism Society. “I salute its president, Ms. Arwa Halawi, for her efforts, as well as Ali Tlais, its most important member, whose talent we discovered ten years ago. He keeps on surprising us every year with his determination and quality of work, as we can see together today with this distinctive mural.”

“Over the past 10 years, Alfa has done a tremendous job in technological progress, which we have achieved through our transition from 3G to 4G then to 4G+. We also conducted the first live 5G trial in Lebanon last year, which we will soon launch with the support of the Ministry of Telecommunications.”

“In parallel, we have achieved progress in human development, including ourselves and the way we look at society. We offer great support to the iron-willed, who constitute an important part of our society and of Alfa’s DNA and strategy. Ali is as important as technological development and the coming fifth generation. He is the personal achievement of the past ten years in Alfa that I am most proud of. Through Ali, we were able to shed light on this segment of our society, which needs our support to reveal its potential. We are proud of Ali, Ali's family, the LAS, and all the associations we work with in Lebanon,” he said.

“The second project we are launching today is the unified addressing system project in the town of Dekwaneh.  We have become part of this region since about three and a half years and we have been in full cooperation with the municipality and its head. Dekwaneh is not only the area that hosts Alfa's main headquarters, it is also strategically important for us for its significant technological and commercial role. It contains 30 Alfa sites serving 100,000 subscribers, of which 90,000 own LTE devices and consume 72 terabits of data per month.”

“Our cooperation on the unified addressing system project with the Municipality and our support for this pilot project is part of our commitment to the 2030 Sustainable Development Agenda and based on my role as a Goal Leader for Goal 9, which aims to develop infrastructure to achieve sustainability and contribute to solving many of the problems in our society in cooperation with the United Nations and those concerned in all of Lebanon.”

“I am honored to be with you today. I am proud of Alfa, Marwan Hayek and every employee in Alfa, the company that plays a key role in the Lebanese economy,” began Minister Choucair. Addressing himself to Chakhtoura, he said, “I know how much you care about the economy and every company in Dekwaneh, and this project shows the extent of the private sector's belief in the country.”

“As we witness the achievements of the two mobile companies and the Abou Adal Company, we realize the creative ability of the Lebanese, which is inherent to them when given the opportunity, and Ali Tlais is the perfect example of this.”

Choucair praised Mrs. Arwa Halawi for her remarkable work as the president of LAS, highlighting the important role of the associations that support the iron-willed and their active integration in society. He also stressed the importance of the involvement of Lebanese companies in the field of social responsibility. Finally, he commended the active role of women in society and their excellence in various fields. 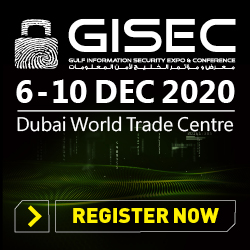