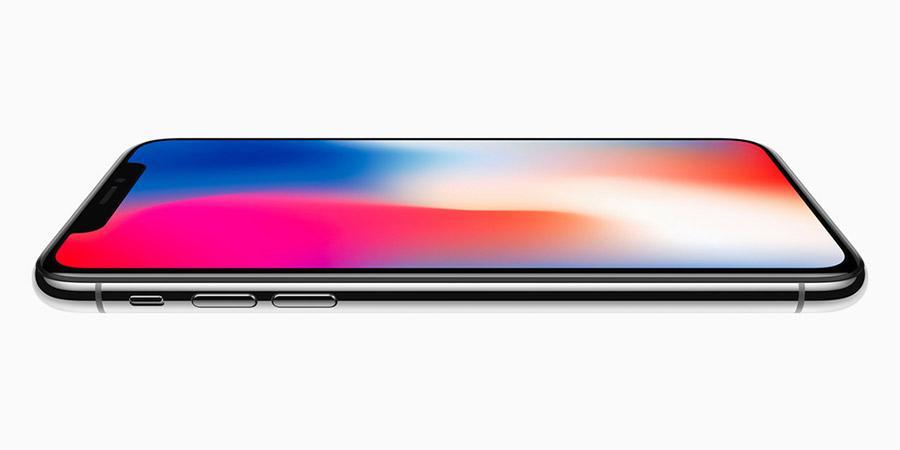 Ten years ago Apple revolutionized communication when it unveiled the first iPhone in 2007. Since then, Apple has set the standard for premium smartphones. To celebrate the anniversary, Apple launched its new iPhone X at the Steve Jobs Theater at Apple Park on September 12. While the device is packed with features including a Super Retina Display, wireless charging, and facial recognition, its $1000 price tag could dampen enthusiasm.

Setting affordability aside, Apple has delivered a stunning new addition to the iPhone family. It features all-glass design with a 5.8-inch Super Retina Display, A11 Bionic chip, wireless charging, and an improved rear camera with dual optical image stabilization. The iPhone X also delivers a new way for customers to unlock, authenticate and pay using Face ID, enabled by the new TrueDepth camera.

"For more than a decade, our intention has been to create an iPhone that is all display. The iPhone X is the realization of that vision," said Jony Ive, Apple's chief design officer. "With the introduction of iPhone ten years ago, we revolutionized the mobile phone with Multi-Touch. iPhone X marks a new era for iPhone - one in which the device disappears into the experience."

"Most durable glass ever"
Apple is currently the second largest smartphone seller in the world behind South Korea's Samsung. Apple's iPhone X is impressive, but there are details where it falls behind its rival's flagship Galaxy S8, like the fact that it's not waterproof. The iPhone X is splash, water and dust resistant, while the Galaxy S8 is waterproof. Apple even warns that the iPhone X's splash, water and dust resistance "are not permanent conditions."

Nevertheless, the iPhone X delivers a revolutionary design with a stunning all-screen display that precisely follows the curve of the device, clear to the elegantly rounded corners. Apple claims the all-glass front and back features the "most durable glass ever in a smartphone", while a highly polished surgical-grade stainless steel band seamlessly wraps around and reinforces the device.

The 5.8-inch Super Retina Display is the first OLED panel that "rises to the standards of iPhone" Apple says, resulting in rich colors, true blacks, a million-to-one contrast ratio and wide color support with the "best system-wide color management in a smartphone". The HDR display supports Dolby Vision and HDR10 to make photos and videos clearer.

Apple's updated operating system, iOS 11, is redesigned to take full advantage of the Super Retina display in the iPhone X, and replaces the Home button with quick gestures. You can simply swipe up from the bottom of the phone to go 'home' from anywhere.

Face ID security
Face ID is one of iPhone X's most innovative features. While Samsung already introduced facial recognition in the Galaxy S8, there were claims that the function wasn't entirely secure, since you could use an image of someone to unlock their phone. Apple claims that its Face ID function is a security feature, but we'll only know for sure once the device has been tested by analysts.

Apple's Face ID uses a TrueDepth camera system made up of a dot projector, infrared camera and flood illuminator, and is powered by A11 Bionic to map and recognize a face. These technologies work together to securely unlock the phone, enable Apple Pay, gain access to secure apps and other features. Apple claims Face ID only unlocks iPhone X when customers look at it and is designed to prevent spoofing by photos or masks.

Face ID projects more than 30,000 invisible IR dots. The IR image and dot pattern are pushed through neural networks to create a mathematical model of your face and send the data to the secure enclave to confirm a match, while adapting to physical changes in appearance over time. All saved facial information is protected by the secure enclave to "keep data extremely secure," Apple says, while all of the processing is done on-device and not in the cloud to protect user privacy.

Apple gave a sneak peek of AirPower, an Apple-designed wireless charging accessory coming in 2018, which offers a generous active charging area that will allow iPhone 8, iPhone 8 Plus or iPhone X customers to simultaneously charge up to three devices, including Apple Watch Series 3 and a new optional wireless charging case for AirPods.

The cameras are also custom turned for augmented reality (AR) experiences. Each camera is individually calibrated, with new gyroscopes and accelerometers for accurate motion tracking. The A11 Bionic CPU handles world tracking, scene recognition and the GPU enables clear graphics at 60fps, while the image signal processor does real-time lighting estimation.

The new camera also delivers the highest quality video capture ever in a smartphone, Apple claims, with better video stabilization, 4K video up to 60fps and 1080p slo-mo up to 240fps. The Apple-designed video encoder provides real-time image and motion analysis for optimal quality video.

Catering to its youth segment, the iPhone X's TrueDepth camera even brings emojis "to life". Working with A11 Bionic, the camera captures and analyzes over 50 different facial muscle movements, then animates those expressions in a dozen different Animoji, including a panda, unicorn and robot. Available as an iMessage app pre-installed on iPhone X, you can record and send Animoji messages with your voice that can smile, frown and more.

What's A11 Bionic?
A11 Bionic is Apple's new chip that features a six-core CPU design with two performance cores that are 25 percent faster and four efficiency cores that are 70 percent faster than Apple's previous A10 Fusion chip. A new, second-generation performance controller can harness all six cores simultaneously, delivering up to 70 percent greater performance for multi-threaded workloads, providing more power while lasting two hours longer than iPhone 7.