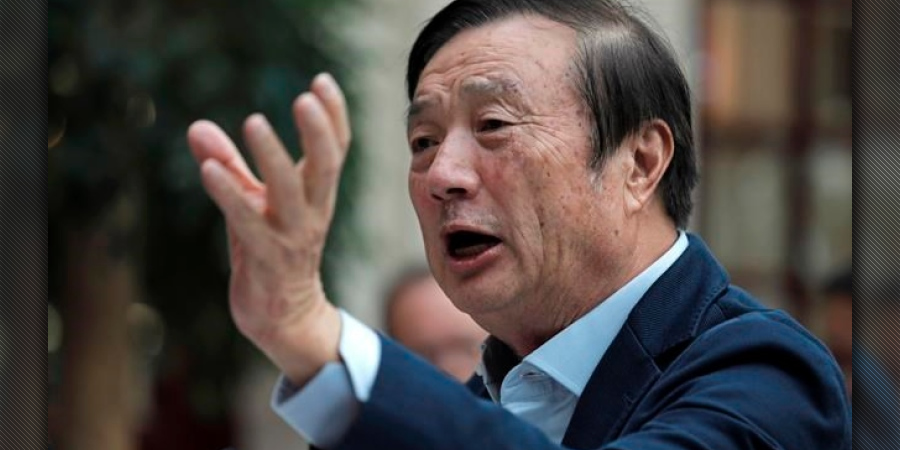 In his first interview since 2015, Ren Zhengfei broke his silence on the series of allegation that have roiled Huawei since the second half of 2018, from restrictions on the company selling 5G products and infrastructure in some Western countries, to the arrest of his daughter Huawei CFO in Canada. Mr. Ren Zhengfei spoke openly to journalists at a press conference organized at Huawei’s headquarters in Shenzhen, China.

The press conference focused heavily on the topic of cybersecurity as journalists questioned the Huawei founder on allegations by some Western countries that the Chinese government could spy on foreign nations by infiltrating Huawei’s 5G networks.

Mr. Ren categorically denied the notion that the Chinese government could force Huawei to hand over sensitive information. In the first place, he said, the government would never make such a request: China's Ministry of Foreign Affairs has officially stated that no law in China requires any company to install backdoors for the government. He clearly stated many times in the course of the meeting that, “Neither Huawei, nor I personally, have ever received any requests from any government to provide improper information.”

Mr. Ren then clarified that Huawei’s position as a fully privately owned company allowed it greater flexibility than its competitors, and that Huawei is not in any way under the authority of the Communist Party of China.

“There is no external institution or government department that owns our shares, not even one cent's worth.” He noted that, “Because we are not a public company, so we can work truly for our ideals, and for the greater good of society. Public companies tend to focus more on their financial numbers.” And Huawei’s ideals are clear: “When it comes to cyber security and privacy protection, we are committed to siding with our customers. We will never harm any nation or any individual.”

Mr. Ren emphasized: “We are a company, and we are a business entity. The values of a business entity are such that it must be customer-centric and the customer always comes first. Within that context, I can't see close connections between my personal political beliefs and the business actions we are going to take as a business entity.”

When pressed to answer whether he would be obliged to hand over sensitive information in the unlikely event that the Chinese government make such a request, the answer was a categorical denial. “I think I already made myself very clear earlier. We will certainly say no to any such request.”

Mr. Ren called directly on the US government to step back from its punitive sanctions and promote greater international collaboration. He said: “The message to the US that I want to communicate is collaboration and shared success.

In our high-tech world, it is increasingly impossible for any single company or even any single country to do the whole thing. We are in a world of information. In an information society, interdependence between one another is very significant. And it is these interdependencies that drive human society to progress even faster.” In today’s globalized world, no company can afford to refuse international collaboration. Technological progress calls for the concerted efforts of thousands or even tens of thousands of companies working in tandem.

Despite the challenges Huawei is facing in the U.S. market, Mr. Ren Zhengfei praised the leadership of the current U.S. President, remarking that, “For President Trump as a person, I still believe he's a great president, in the sense that he was bold to slash taxes. I think that's conducive to the development of industries in the U.S.”

Mr. Ren remains optimistic about Huawei’s prospects, and said the company would continue to focus on the many markets which are welcoming Huawei’s investment and infrastructure. “Some countries have decided not to buy equipment from Huawei. Therefore, we can shift our focus to better serve countries that welcome Huawei.” He vowed that Huawei will continue to invest in R&D to ensure that their customers have access to the most advanced and innovative products currently on the market.

Mr. Ren noted that Huawei remains highly competitive in the 5G market globally.  The company has landed 30-plus commercial contracts as of today, and shipped 25,000 5G base stations, in addition to possessing ownership of 2,570 5G patents.

Over the next five years, Huawei pledged to invest a total of more than 100 billion US dollars into R&D. He commented, “I believe that, as long as we develop very compelling products, there will be customers who will buy them. If your products are not good, no matter how strong you go for publicity, nobody will buy them.”

With that capability, Huawei’s 5G base stations do not require fiber connections. Instead, they can use superfast microwave to support ultra-wide bandwidth backhauls. This is a compelling solution that makes a lot of economic sense for regions around the globe, and no other competitor offers it.

Mr. Ren attributed Huawei’s success to its commitment to research and development. Currently, Huawei’s R&D investment averages 15–20 billion US dollars per year. That puts Huawei in the top 5 position across all industries in the world in terms of R&D spending. In total, Huawei has been granted 87,805 patents. In the United States, the company has registered 11,152 core technology patents and is actively involved in 360+ standards bodies, where it has made more than 54,000 proposals. Globally, Huawei is strongest in terms of telecommunications capabilities.

Finally, when questioned about his daughter’s arrest in Canada on charges of illegally maintaining business ties with Iran under a front company, he commented that he had full faith his daughter would be treated fairly: “I trust that the legal systems of Canada and the United States are open, just, and fair, and will reach a just conclusion. We will make our judgment after all the evidence is made public.” He added that should any Huawei employee violate local laws anywhere in the world, whether he be Chinese or non-Chinese, Huawei would always cooperate with the investigations