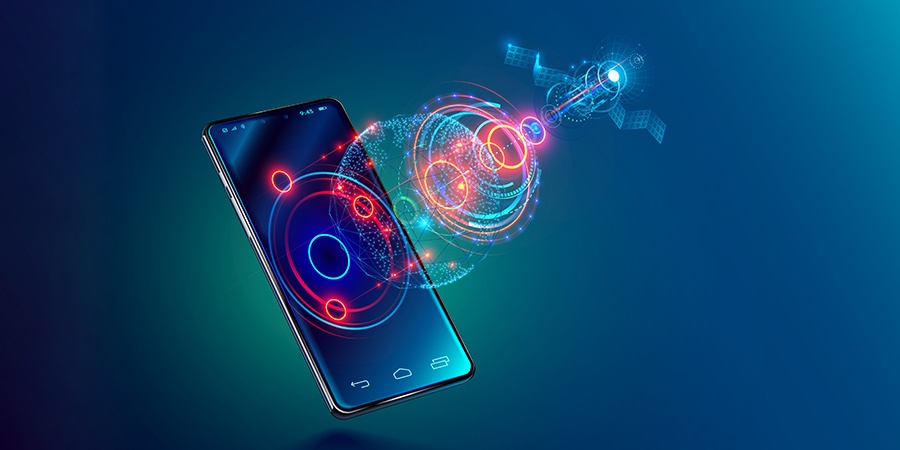 Just when Apple thought it was introducing a cutting-edge, revolutionary feature in its newly launched mobile phone, the iPhone 14, Huawei introduced the same feature in its new Mate 50 smartphone a day ahead of Apple’s September event.

Huawei has announced the Mate 50 4G-only series with the ability to send texts via satellite communication. This feature will allow users of the Mate 50 and Mate 50 Pro to send short texts and utilize navigation in areas without cellular signal, thanks to China’s global BeiDou satellite network.

The new satellite communication by Apple will not replace regular cellular connectivity. Apple noted that the feature would only work outdoors and with a clear view of the sky. The feature combines custom components integrated with software to allow antennas to connect directly to a satellite, enabling messaging with emergency services when outside of cellular or Wi-Fi coverage.

The feature works as follows: in the case of an emergency contact, the iPhone front-loads a few vital questions to assess the user’s situation and shows them where to point their phone to connect to a satellite.

These questions include “What is the emergency?” and “Who needs help?” as well as “Is anyone injured?” The initial questionnaire and follow-up messages are then relayed to centers that can call for help on the user’s behalf. Users will also be able to manually share their location over satellite with the Find My app when there is no cellular or Wi-Fi connection, providing a sense of security when hiking or camping off the grid.

Apple’s new phones can connect to Globalstar’s satellites through Globalstar’s 2.4GHz S-band spectrum. Globalstar said it will allocate 85% of its current and future network capacity to Apple’s service.

This feature will most likely be available in all smartphones eventually. In addition to Apple and Huawei, Bullit is expected to release by 2023 a smartphone that allows users to send and receive messages via satellites. A top Android executive has also revealed a satellite messaging feature to be launched next year with Android 14 updates. T-Mobile has also partnered with SpaceX to connect its phones to SpaceX’s satellites by late next year.

A Switch to eSIM

The new iPhone 14s will no longer support physical SIM cards. Users will be able to use two eSIMs at once; however, this feature will be only available in the US market. This dual usage will allow users to switch from one operator to another seamlessly. All iPhones since the iPhone XS and XR have had eSIM alongside a traditional SIM option. However, this is the first time that Apple eliminates the physical card.

Other telcos have introduced the eSIM feature, including T-Mobile, who was the first of the major network operators to embrace the eSIM technology.

Breakthrough in a Saturated Market

Ever since 5G-enabled devices were introduced, the smartphone market has begun to stagnate, and the recent shortage in chips hasn’t helped manufacturers. However, the launch of the aforementioned revolutionary services is set to revive the sector.

The satellite communication feature has opened the door for a new line of competition that will surely tighten with every new upgrade. However, customers are just as sure to benefit from this healthy battle.