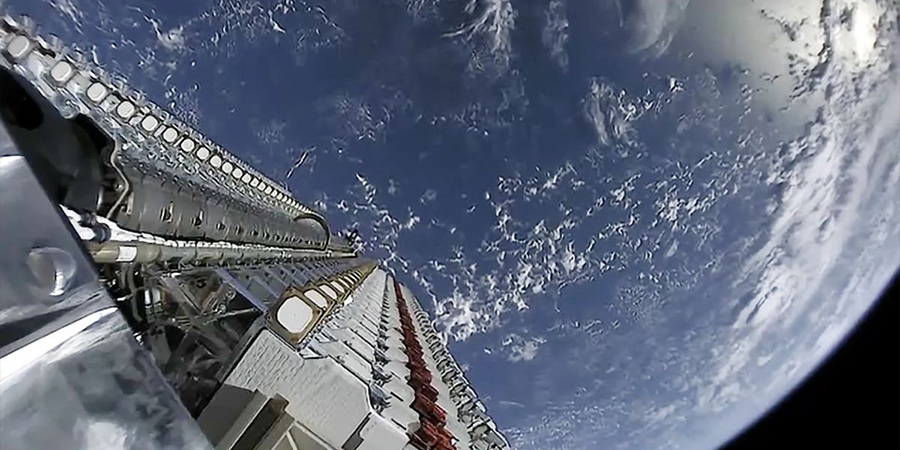 French satellite operator Eutelsat and British counterpart OneWeb have been in talks for a possible tie-up to become a global champion in broadband internet, rivaling US operators such as SpaceX's Starlink.

"Following recent market rumors, Eutelsat Communications confirms that it has engaged in discussions with its co-shareholders in OneWeb regarding a potential all-share combination to create a global leader in connectivity," the French company said in a statement.

Eutelsat, which specializes in geostationary Earth orbit (GEO) with a fleet of 35 satellites positioned at an altitude of 36,000 kilometers (22,400 miles) for satellite internet services, already holds a stake of 23% in OneWeb.

OneWeb, for its part, has deployed 428 out of a total 648 so-called "low Earth orbit" (LEO) satellites, operating at an altitude of several hundred kilometers.

The combined entity "would be the first multi-orbit satellite operator offering integrated GEO and LEO solutions and would be uniquely positioned to address a booming satellite connectivity market" that is expected to grow to $16 billion by 2030, Eutelsat said.

"OneWeb is one of the two only global LEO networks and has experienced strong momentum over recent months, with service expected to be fully deployed in 2023."

The transaction would represent a "logical next step in the successful partnership between Eutelsat and OneWeb," the statement noted.

Under the terms of the transaction being discussed, Eutelsat and OneWeb shareholders would each hold 50% of the combined group's shares.

The transaction would be structured in such a way that OneWeb's shareholders would exchange their shares in OneWeb for newly issued Eutelsat shares.

Any combination would be subject to, among other conditions, approval by the requisite majority of Eutelsat shareholders and receipt of all relevant antitrust and regulatory approvals.

"There can be no assurance that these discussions will result in any agreement. Eutelsat will inform the market as soon as soon as there are any new developments," it said.