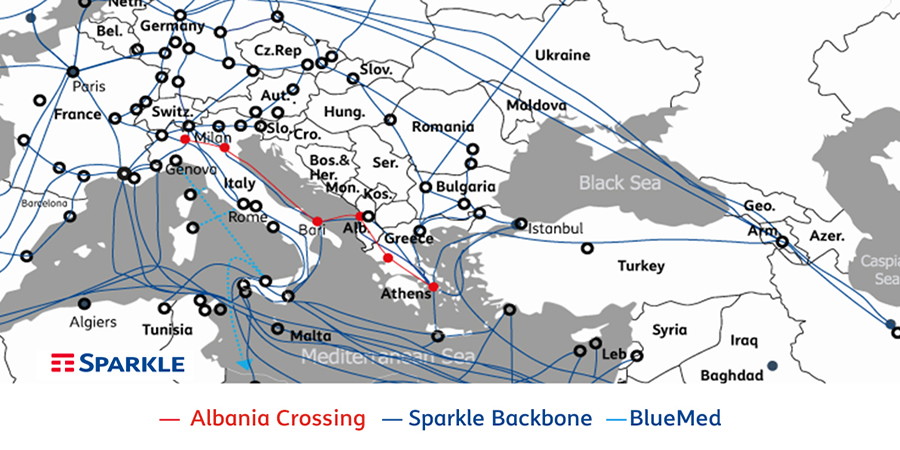 Sparkle announces the launch of Albania Crossing, the new optical fiber link that offers the shortest and fastest route from the Balkans to the main Western European internet ecosystems.

Built in cooperation with Albtelecom, the new link is part of a wider expansion strategy that leverages Athens as an increasingly relevant regional cross-point and Milan as a gravitational internet and cloud hub in mainland Europe.

Albania Crossing sets itself as a fast and diversified route from the Balkans to Western Europe, offering the best performance in terms of latency compared to other existing terrestrial links connecting Athens with Milan. As a result, regional and international telecom players and content providers can benefit from diversified and reliable capacity solutions, available in 100G multiples.

The new optical fiber link particularly crosses Albania, the Bari-Durres submarine cable, and the Italian backbone, establishing the shortest path from Athens to Milan. Thanks to Sparkle’s extensive continental network, the possibility to reach all the other major hubs in Western Europe becomes possible.

Albania Crossing is Sparkle’s sixth route connecting the south-eastern area of the Mediterranean basin to the rest of the world. This is in addition to the existing submarine ring and to the terrestrial fiber links through Sofia that enable robust and fully redundant connectivity.